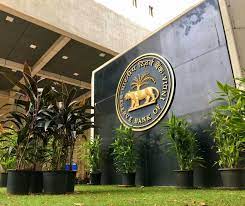 Central Bank of India will launch the first pilot of the Digital Rupee Wholesale segment Tomorrow.

The use case for the pilot is a settlement of secondary market transactions in government securities, the RBI said in a statement on Monday.

The first pilot for the retail segment would be launched in a month in select locations, Settlements in central bank digital currency would reduce transaction costs, the RBI added.

Going forward, other wholesale transactions and cross-border payments will be the focus of future pilots, based on the learnings from this pilot.

The RBI has been exploring the pros and cons of a central bank digital currency for some time and is working towards a strategy to implement it in a phased manner, it said earlier this month.

In October, the RBI said it will soon commence the pilot launch of the e-rupee for specific use cases and also released a concept note on Central Bank Digital Currency (CBDC) that aims to create awareness about such currencies in general and the planned features of the Digital Rupee in particular.

CBDC will be a medium of payment, a legal tender and a safe store value for all citizens, businesses, governments and others, which can get converted into bank money or cash.

According to RBI, CBDC can be classified into two broad types, general purpose or retail (CBDC-R) and wholesale (CBDC-W). “Retail CBDC would be potentially available for use by all, viz. private sector, non-financial consumers and businesses while wholesale CBDC is designed for restricted access to select financial institutions. While wholesale CBDC is intended for the settlement of interbank transfers and related wholesale transactions, retail CBDC is an electronic version of cash primarily meant for retail transactions”.

The central bank’s plans for a currency in digital form comes amid its staunch opposition to cryptocurrencies.