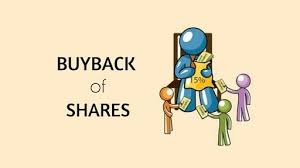 IT service management company One97 Communications, which is the parent company of Paytm brand, on Thursday informed that its board of directors will meet next week on 13 December 2022 to consider the proposal for the buyback of equity shares of the company.

Paytm has liquid assets of Rs 9,182 crore, as per its last earnings report. The liquidity of a company is measured by its ability to convert assets into cash.

In a recent interaction with analysts, Paytm’s parent firm One 97 Communications sounded optimistic about its growth prospects and reasserted its guidance on turning profitable at an operating level next year.

“The management believes that given the company’s prevailing liquidity/ financial position, a buyback may be beneficial for our shareholders,” One97 said.

The company also said that the outcome of the board meeting will be disseminated to the stock exchanges after the conclusion of the meeting on 13 December.

A few weeks earlier, the company’s stock came under pressure when investor Softbank launched a block deal to sell shares worth around $200 million post the end of the lock-in period for pre-IPO investors.

The company’s revenue in the last quarter was Rs 1,914 crore.

For those who don’t know share buyback, also known as a share repurchase, is a corporate action to buy back its outstanding shares from its existing shareholders usually at a premium to the prevailing market price.

Paytm got listed on the stock exchange in November 2021. Paytm allotted its shares at Rs 2,150 apiece, valuing the company at Rs 1.39 lakh crore, but it started trading at Rs 1,950 apiece.

The company in its recent analyst meeting, where it had outlined key growth drivers, had said that it expects to become cash flow positive in the next 12-18 months.

Paytm also do a buyback of Shares because it is an alternative to a tax-efficient way to return money to shareholders. Share buybacks reduce the number of shares in circulation, which can increase the share value and the earnings per share (EPS).

However, the stock touched an all-time low of ₹441 last month. Shares of One 97 Communications Ltd were trading 0.32% lower at ₹508.25 apiece on the NSE in afternoon deals.