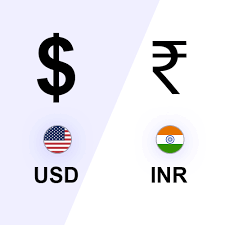 The rupee has today shown some slight appreciation against the US dollar increasing by 11 paise to close at 82.78 (provisional) on Thursday following a weak greenback in overseas markets.

The rupee climbed to open at 82.78 on Thursday in trades against a dollar after the previous close of 82.84 at the interbank foreign exchange market.

However, the Indian currency gains were restricted by the firm crude oil prices and forex outflows from capital markets, a report from PTI stated.

The rupee had weakened by 14 paise to settle at 82.84 on Wednesday. Investor sentiment improved after a report showed that the US consumer confidence is holding up despite the Federal Reserve’s campaign to fight inflation by raising interest rates.

The dollar index, which determines the greenback’s strength against a basket of six currencies, dropped 0.28 percent to 103.87. Brent crude futures, the global oil benchmark, grew 0.45 percent to USD 82.57 per barrel.

Brent crude, the pricing basis for international trading, strengthened 1.58 percent to USD 83.50 a barrel as US inventory data showed the Strategic Petroleum Reserve falling to 378.6 million barrels, its lowest level since 1983.

The rupee is said to depreciate when the purchasing power decreases. This means one needs to spend more rupees to purchase a dollar in INR to USD trade.

The exchange rate is based on multiple factors, including the rate of inflation, interest rates and the economic and political scenario of the country.